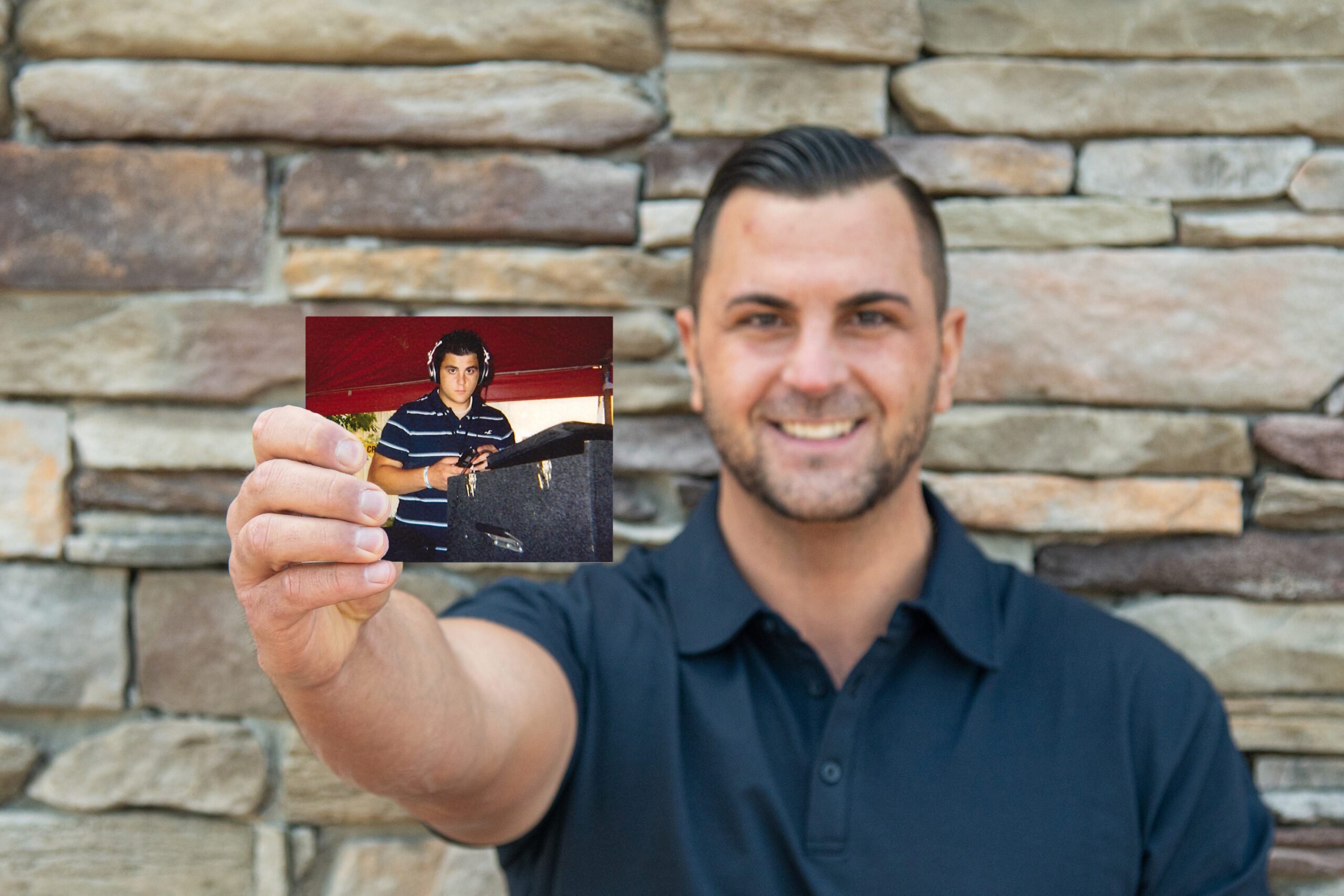 Earning money came easily for Jason McConnell from the time he was a teen, pulling in hundreds of dollars per night at area hotspots as a popular deejay.

The Olyphant native’s prospects sank fast, however, as a substance use disorder that first surfaced in high school began destroying his business relationships, his credit rating and his life. The lucrative weekend gigs declined, until finally one night the college dropout found himself playing music at one of the few spots that would still agree to hire him: a strip club.

Humiliated and dejected, he quit, left the club and drove straight to a liquor store. Before his Saturday night ended, McConnell, then in his mid-20s, had been charged with a DUI offense.

“That was really the turning point,” says McConnell, now 30 and sober for nearly six years. “The day after that DUI, I remember sitting in a rocker at my parents’ house, beneath the deck, and I felt so empty inside. That’s when I was like, ‘Let’s do whatever we have to do. I can’t live like this anymore.’”

For people like McConnell who are intent on overcoming a substance use disorder and leading a healthier life, the challenge often goes beyond dealing with the physical and psychological addiction. They also face financial hurdles, often because social stigma and other barriers prevent them from vying for desirable jobs or even entering quality educational and training programs. Their road to recovery becomes blocked, potentially resulting in poor outcomes, even relapse.

The Wright Center for Community Health – a Scranton-based provider of primary care, medication-assisted treatment and recovery-related services in Northeast Pennsylvania – recognizes how difficult it can be to get and stay sober, especially if a person struggles to find and maintain well-paying employment. That’s why The Wright Center and multiple partners began a regional initiative called Project PROGRESS.

The project, which was publicly launched in mid-2022, aims to expand opportunities for people living in recovery to find meaningful and family-sustaining employment, including careers in the health care field. Fueled by grant funding from the Appalachian Regional Commission, the project’s promoters will engage with business owners and leaders across multiple industries to reduce the unfair stigma associated with substance use disorders and remove obstacles that prohibit workplace participation.

In McConnell’s case, his ability to earn money immediately after treatment – and while living in the vulnerable stage of early recovery – was hobbled by the lack of a college degree. But he had an entrepreneurial drive. He managed to slowly revive his deejay operation while also launching a cellphone repair service. Then, during a checkup at The Wright Center, another job prospect emerged.

Dr. Linda Thomas-Hemak, The Wright Center’s president and CEO, who also had been McConnell’s longtime physician, knew about the impressive strides he had made toward changing his life for the better. “She said that I would be great for a position as a certified recovery specialist,” he recalls.

McConnell suspended business at his cellphone shop for two weeks so that he could complete the required training, then began work as a certified recovery specialist – a person who has gone through the recovery process and can serve as a mentor, role model and motivator.

“When I meet a new patient, I try to explain to them that I’ve been where they’re at,” he says. “The job involves a lot of talking about your personal experience and giving suggestions.”

Through the Project PROGRESS program, training to become a certified recovery specialist has been provided by Luzerne County Community College to dozens of individuals. More trainees are expected to soon enter the pipeline. Similarly, the Northeast Pennsylvania Area Health Education Center offers preparation to become a community health worker.

Thanks to McConnell’s support network and his steady employment, he was able after completing treatment to put his life on a whole new trajectory. He gradually restored his credit rating. He even turned his once-tarnished deejay business into a thriving moonlighting enterprise.

“When I got sober I realized it was a second chance at being happy, being everything that I ever wanted to be,” he says. “And with a clear mind, you can go a long way.”